How to Calculate Net Carbs For Keto? 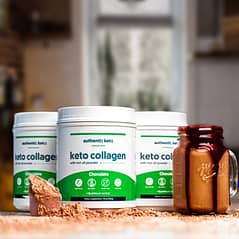 Check out our Keto Collagen with Mct Oil and almost 0 carbs.

The ketogenic or keto diet is all about cutting carbs and increasing protein and especially fat. You’re interested in trying keto, but then you heard a fellow keto buddy talking about net carbs. You’ve never heard of net carbs before. And now you're asking yourself: How to calculate net carbs for keto diet?

To calculate net carbs for keto, look at the total carbohydrate content in the food you’ve eaten that day. Take the sugar alcohols and fiber (in grams) and subtract them from your total carbs to get the net carbs. This number should be lower or the same as the total carbs consumed.

Total carbs, net carbs? What’s the difference? How many net carbs should you eat on the keto diet? We’ll answer all those questions and more ahead, so make sure you keep reading!

What Are Net Carbs? How Are They Different from Total Carbs?

A carbohydrate or carb is a unit of energy, but not all carbs are measured the same way. Certain diets, including the keto diet, incorporate net carbs.

Net carbs are a carbohydrate calculation that omits the sugar alcohol and fiber in your food. By removing these ingredients from the equation, you have a better understanding through net carbs of how your blood sugar may increase or decrease when you eat certain foods. This can help you determine which foods may impact your weight loss.

When on the keto diet, the goal is to enter a state of ketosis. By forcing your body to burn through its carbohydrate supply and then providing few if any carbs to continue burning through, you start torching fat instead. Since a higher blood sugar indicates you have sugar/carbs in your system, you want to keep your blood sugar down.

Remember, carbs are energy, and everyone needs energy, which is why the ketogenic diet doesn’t cut carbs completely. By eating certain types of carbs, such as low-glycemic foods or those that are nutrient-dense, you won’t increase your blood sugar.

That’s the opposite of what happens if you nosh on simple carbs like those in white bread or potatoes. Not only will your blood sugar skyrocket, but any extra carbs you ingest become fat.

Let’s rewind a little bit to talk about the components that net carbs exclude, which are sugar alcohol and fiber. You’re probably pretty familiar with dietary fiber, a type of carb that our digestive enzymes cannot process in full.

The longer digestion time can increase satiety if you eat fiber-rich foods. Both soluble and insoluble fiber should be removed when calculating net carbs.

What is sugar alcohol?

No, it’s not alcohol like beer or wine. Rather, sugar alcohol is a type of sugar-based organic compound that occurs when sugar is hydrogenated. You may also see sugar alcohol referred to as glycitol, alditol, polyalcohol, or polyhydric alcohol on food labels.

If a food manufacturer wants to decrease the amount of sucrose or table sugar in their products without removing the sweet flavor, they’ll add sugar alcohol. Besides its role as a sweetener, sugar alcohol is also used to thicken foods.

The most common sugar alcohols are:

Since your body absorbs sugar alcohol up to 50 percent slower than it does regular sugar, the sugar alcohol doesn’t affect your blood sugar as much as sucrose does, but it will still induce a change.

Okay, so net carbs are carbohydrates when you remove the sugar alcohol and fiber.

What about total carbs? What are they?

Measuring total carbs is far easier than net carbs. At the end of the day, after you’ve had your last keto meal or snack, you should calculate all the carbs you’ve consumed. That number is your total carbs. There’s no need to omit sugar alcohols or fiber here.

Before you can determine what your net carbs are for the day, you need to have calculated your total carbs first. Using a carb tracking app will make it easier to count the precise number of carbs you’ve eaten.

How to Calculate Net Carbs for Keto

Now that you have a clearer understanding of net carbs, especially compared to total carbs, it’s time to talk more about the formula we shared in the intro for calculating net carbs.

To recap, the formula is this:

Well, it is if you have the relevant information.

You can check any food label to find the fiber in it. If that information isn’t printed on the box or packaging, then a quick Google search can produce the results you want. Yet how do you know how much sugar alcohol is in food?

It’s still on the food label, but only in foods that contain sugar alcohol. They’ll typically be marketed as having “no sugar added” or being “sugar-free.”

As for total carbs, those are printed as clear as day on the food label as well.

For example, here are the nutrition facts for a can of Coca-Cola.

You wouldn’t drink Coke on your keto diet, and one look at the nutrition label tells you why. The beverage has 65 grams of total carbohydrates, 24 percent of your recommended daily allotment.

Compare that to an avocado, which is keto-friendly. One cup of sliced avocado contains 12 grams of total carbs, which is 4 percent of the daily recommended allowance. We’ll talk more about how many net carbs you should eat on the keto diet in a day, which will help these numbers make more sense.

For now, let’s do a real net carbs calculation so you can see how it works. Broccoli is allowable on the keto diet, so that will be our example food.

According to USDA data, one stalk of broccoli, which is approximately 151 grams, contains:

Once you know this, all you have to do is plug the information into the formula. So you’d subtract 10 by 3.9, which is 6.1 grams of net carbs.

How Many Net Carbs Can You Eat on the Keto Diet?

We said we would, so let’s get back to how many net carbs you should consume per day on the keto diet to remain in a state of ketosis.

Experts recommend no more than 20 net carbs daily. That’s not the same as total carbs, as you’ll recall, but net carbs are always equal to or just slightly under your number of total carbs.

So when you go back and look at the nutrition facts for that can of Coke, you can see why drinking it would be so egregious if you’re trying to stay on the keto diet. It’s 65 total carbs. Sure, we didn’t bother to calculate the net carbs in a can of Coke, but they wouldn’t be so much lower, so there’s no need.

We did discuss the total carbs for a serving of avocado, so why not calculate its net carbs now? A one-cup serving of sliced avocado, which is 146 grams, contains 234 calories, 12 grams of total carbs, zero sugar alcohol, and 10 grams of dietary fiber (40 percent of your daily recommended allowance).

This time, you subtract 12 by 10 to get 2 net carbs. This is a pretty fascinating example since the total carbs are so much higher than the net carbs.

You’d have to eat 10 servings of avocado to reach your recommended 20 grams of net carbs a day, which we doubt you would do!

Low Net Carb Foods to Incorporate into Your Keto Diet

You know broccoli and avocado are low-carb foods that are ideal for the keto diet, but what other foods can you eat that are low in net carbs? Here’s a list to get you started.

The rest is konjac jam and glucomannan, a type of water-absorbent fiber.

Very low in calories (only about 15 calories a serving), you’re ingesting 1 gram of net carbs for a bowl of noodles. Not bad!

Although fruit is low-calorie, since you’re more concerned about carbs than calories on the keto diet, you have to cut out many fruits. The few that remain for snacking are berries.

Rich in fiber but not carbs, berries also make a great dessert on the keto diet.

If you’re looking for satiety on the keto diet, reach for a fistful of nuts. Their high fiber content will keep you fuller longer.

Here are the net carbs in your favorite nuts:

Whether you prefer omelets, sunny-side-up eggs, or you like ‘em scrambled, you can eat eggs any and every way on the keto diet, even with cheese (more on that in a moment). With 1 net carb or under per egg, you’ll want to incorporate eggs into your diet more often!

From chicken breast to burger patties, steak, and pork, poultry and meat are low-carb and often no-carb. The protein in these meats may allow you to retain muscle on your keto diet so you can look trim and toned.

Cheese lovers, rejoice. You can continue eating all your favorite cheeses on the keto diet, as the net carb content of each is pretty low, about a gram each. Here’s a full list of keto-friendly cheeses for your perusal:

Don’t forget the veggies on your keto diet! Most vegetables are much lower in carbs than fruits except for starchy vegetables. The variety of veggies at your disposal allows you to use them in creative ways, such as replacing real pasta with spaghetti squash or using cauliflower in lieu of mashed potatoes.

Here are some low-carb veggies to eat and the total net carbs of each:

To calculate net carbs for keto, you subtract the food’s dietary fiber in grams, any sugar alcohol, and the total carbs. Try to stay within the limit of 20 grams of net carbs a day so you can remain in ketosis and achieve your health goals. Best of luck! 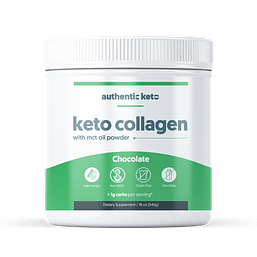